What is something that bothers you as an Indian?

What is something that bothers you as an Indian?

What we define as patriotism. 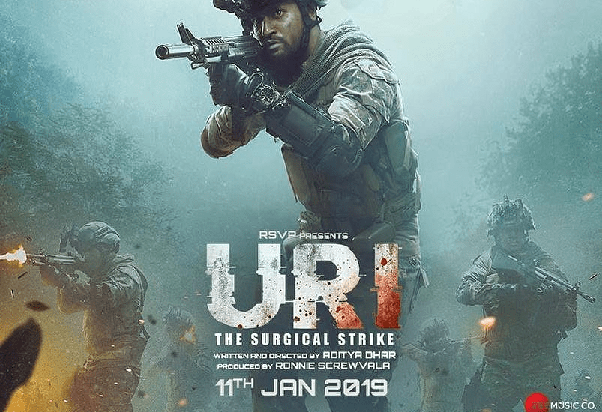 The first time the movie URI was released in my little town, I kind of missed it. It had come and gone before we even knew it had come.

Mom was particularly disappointed that she had missed it not just because she’s been a massive Vicky Kaushal fan since his Masaan days, but also because she was curious to know how the surgical strikes went down.

Well, I’d be lying if I said I wasn’t curious, too. I really did want to watch the movie as well.

In the wake of the Pulwama attacks and the subsequent air strikes, our local cinema decided to rerun the movie. This time, all 4 shows, unlike just the one show last time around.

So we booked night show tickets and walked into quite a crowded cinema. It was a much needed family outing that I was looking forward to enjoying.

I was surprised at the turnout given that this was a rerun and the movie was easily available not just on download, but also on a lot of streaming platforms as well.

Nonetheless, we took our seats and watched the movie.

As the movie finished and the credits began to roll, the crowd, including us, slowly started making our way out of the cinema. On our way out, I noticed everyone was busy discussing what they thought about the movie.

I was in a little in front with Mom and Dad right behind me. I turned to look at them.

“I really enjoyed the movie,” Mom said, flashing a wide, beaming smile. “I’m so glad I got to watch this!”

“Well, honestly, I didn’t like the movie,” I said. “ I thought it was a big-budget, commercial, fancy masala movie that was more of a publicity stunt for the current government.”

“Then maybe you should go to Pakistan,” said some guy walking ahead of me, out of nowhere, snapping his head around, cutting Mom off, and glaring at me with eyes smouldering with rage.

“Huh?” I was a little too stunned to reply.

“Only Pakistanis wouldn’t appreciate what the Indian Army did to them,” the man continued. “Why don’t you do us all a favour and fuck off to Pakistan.”

“Bro, chill! This is just a movie,” I said, trying to sound calm even though I was pretty shaken up and rattled. “We all have a right to have an opinion on a movie.”

“Sure,” the guy went on. He was relentless. “When those brave men in uniform get slaughtered by terrorists, I’m sure you’d be laughing, you filthy son of a pig. Chill, you say. Assholes like you need to have the shit beaten out of you…” he cursed and lunged at me.

I tried to sway out of his swing and if his friends hadn’t grabbed hold of him when they did, I’d have had a massive black patch around my eye by now.

“Yeah, man, let it go,” I said. “It’s a movie. I never said anything about what happens in real life.”

“Ey,” he yelled, gesturing “go” wildly with his hands, “just fuck off to Pakistan, asshole. You’re not worthy of being called Indian.”

A few seconds later, building security came in and escorted us out of the building. I wasn’t just the only one shaken up. Mom and Dad were, too. and the three of us walked home in silence.

I never knew there was going to come a day when the love for our country and our patriotism was going to be measured by a movie!

Recently, I read an answer, where the answerer justified his hate towards ‘Kashmiri Muslims’ by citing examples of exodus of Kashmiri pundits by Muslims.

Well, I’m a Kashmiri Pandit. Here’s what I think:

Now, hear me out. These days, I see plenty of answers in my feed, which are filled with immense hatred towards a particular community. Be against Hindus or Muslims.

But. Don’t let their blind hatred fool you. Ever.

Good and bad people are everywhere. In every caste, creed or religion. The worst mistake you or I can do is to ‘label’, and to stereotype our own people, based on second hand version of stories and fabricated lies repeatedly fed by the handful of people.

All without realising that the terrorists are just handful of people whereas millions of Rizwans are there to die for their motherland.

So, if you are ‘blunt’ enough to associate a religion with terror; be ‘brave’ enough to accept countless sacrifices of Rizwans as well.

And if you are not doing that. That, my friend, bothers me as an Indian.